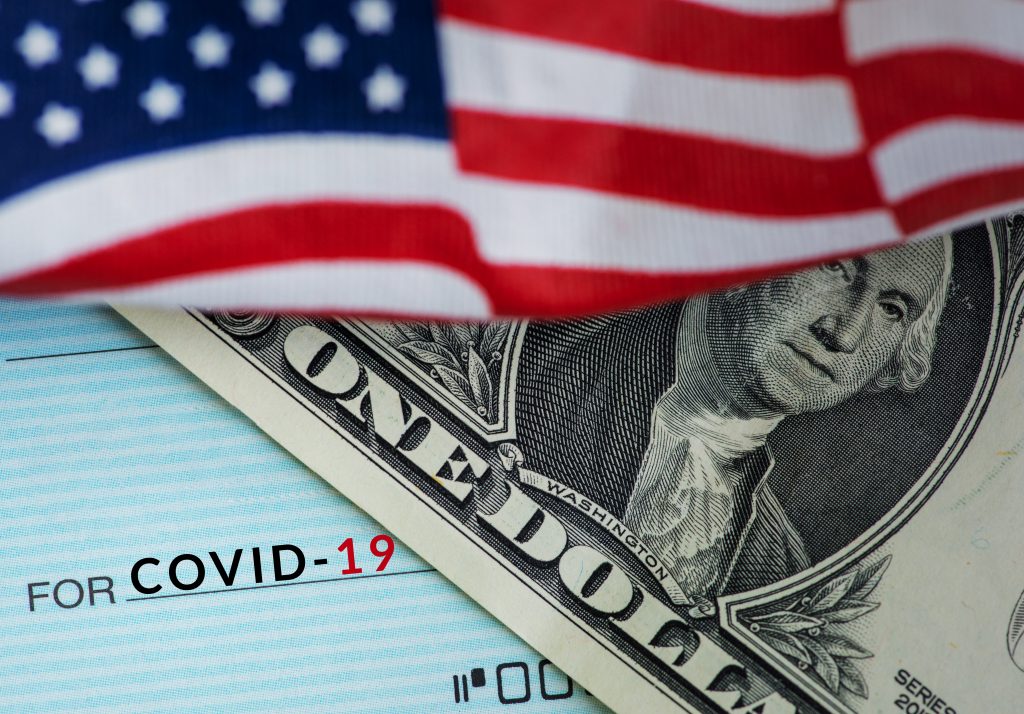 Complicated government relief programs won’t help many small businesses, but a guaranteed access to credit will
By Veronique de Rugy, courtesy of the Mercatus Center

This is the second in a series of articles that will examine ways to help entrepreneurs who are seeking to start small businesses in the wake of the pandemic to access the capital they need. The first article in this series, which you can read here, provides an overview of the challenges facing would-be entrepreneurs in the coronavirus economy.

The COVID-19 pandemic is a disaster for small businesses. Between the forced lockdowns, the worried consumers, and the only partial reopening of the economy, many small businesses have closed permanently, and many others worry they may soon be next. According to Yelp, for instance, 60 percent of restaurants that shut down during the pandemic are now closed for good.

This number reflects two realities that continue to be ignored by legislators, scholars, and pundits advocating for government-granted help to small businesses during this crisis. First and most important, there is no government program that can help businesses survive if the economy remains on ice for many months. Second, the policies put in place so far haven’t worked well for some of the most vulnerable sectors and firms, and hence they shouldn’t be expanded when Congress comes back in session.

Indeed, instead of doubling down on big, one-size-fits-all government programs that force business owners to run a bureaucratic gauntlet in the hopes of receiving aid, there is a simpler and much more effective way to aid small businesses of all shapes and sizes: offer virtually all of them access to a line of credit. But before I go into the details of this plan and why it will work, it’s important to understand what a small business is and why government efforts to help have, so far, largely failed.

There is a lot of confusion over the very concept of “small business.” This term, while it conjures the idea of your favorite mom-and-pop restaurant or brick-and-mortar downtown merchant, doesn’t mean for the government what you think it means.

According to the Small Business Administration, a small business is an independent business with fewer than 500 employees. That’s not exactly what most people think about when they think “small business.” Pre-COVID there were roughly 29 million small businesses as defined by the SBA, and they account for 99.9 percent of firms in America—in short, almost every enterprise.

Another interesting fact is that 81 percent of all small business firms have no employees. These enterprises are sole proprietorships, each a one-man or one-woman show. Owners of these firms file their taxes as personal income taxes because they aren’t registered as businesses. As such, they don’t exist as businesses in the eyes of the federal government, making it quite challenging for them to provide the type of documentation often required to apply for business relief.

What these numbers should tell legislators is that the usual one-size-fits-all government response to emergencies would never work for such a large number of firms ranging from 0 to 500 employees, and in classifications ranging from a freelance plumber or journalist to relatively sizable firms that export goods or provide accounting services.

A firm’s size is important, because those businesses seeking government aid typically must navigate a tedious obstacle course replete with paperwork, arbitrary eligibility requirements, and long wait times. Past experience should have taught Congress that jumping through these hoops is often impractical for many business owners, especially when they don’t have a staff dedicated to the task. Unfortunately, as COVID relief programs amply demonstrate, the government has not learned from its mistakes.

Take the SBA’s Economic Injury Disaster Loan program, which required a personal guarantor for the amount of money borrowed. How, for instance, could a restaurant that is being forced to shut down provide a guarantor for hundreds of thousands of dollars? Similar idiotic requirements existed under the Paycheck Protection Program (PPP). Originally, business loans issued by private banks and administered by the SBA would be forgiven as long as at least 75 percent of those funds were used to retain and pay employees. As if that wasn’t constraining enough, the agency changed the requirement so that at least 75 percent of the funds had to be used for payroll whether the borrower was seeking forgiveness or not, and those payroll funds had to be used within eight weeks of the distribution of the loan. Legislators also lifted the 500-employee cap, which allowed large restaurant and hotel chains to be eligible. These requirements resulted in a large number of those who needed the loans the most being excluded from the program.

There were many problems with the small business aid programs, and with PPP in particular. A larger share of the loans went to locales less affected by the recession. They also went to industries that have the highest rate of remote work and so are the least vulnerable to the shutdown.

The largest firms received the bulk of the money, whether they needed it or not, and they created massive congestion in the application process during the first two months of the economic shutdown. People were shocked by the news that firms with ties to members of Congress and to the administration, or firms with many more than 500 employees, got PPP loans—as if government failures never happen. The public was also shocked to learn that some firms that weren’t eligible nevertheless received loans, such as the two dozen Washington lobbying, public affairs, and consulting firms that received large PPP loans, in spite of an explicit ban on receiving such aid for firms that make more than 50 percent of their revenue from lobbying or political work.

But the biggest problem of all is that PPP was a worker-protection program disguised as small business assistance. Unfortunately, the rigid worker-retention requirement made it almost impossible for borrowing firms to adapt to this new normal—making it harder for some to stay in business at all, which ultimately is bad for workers, too. It didn’t help that Congress’s extension of the unemployment insurance program was so generous that it created disincentives to work for employees, leaving some business owners with a loan that may become ineligible for forgiveness because of a lack of employees.

Faced with the realization that these requirements were counterproductive, some in Congress tried to have them lifted, and the SBA adopted a safe harbor rule so that many businesses would get their loans forgiven even though they fired their employees. The bottom line is that the program will cost taxpayers a fortune without having much of an impact on employment. That means that taxpayers will end up having to support unemployed workers, too.

No program can prop up companies that have no customers for very long. A much better approach would have been, and could still be, for the government to inject liquidity into the nonfinancial sector—where the problem actually was—and to do so in a universal and flexible manner. Additionally, this solution would better protect the interests of future taxpayers. This alternative was first proposed by Arnold Kling and ultimately written up by the two of us in a brief for the Mercatus Center.

We suggested extending a low-interest-rate line of credit with overdraft protection for every checking account in the country. The money could be used by individuals or businesses in whatever ways they chose: paying their bills, restructuring their business, paying their workers, or anything else.

The repayment requirement—the stronger the better—is key to this proposal. Because the money borrowed would have to be repaid, only those people who truly needed the money would take advantage of it. This requirement would also reduce the tax burden for future Americans, a group whose interests are never taken under consideration in times of crisis. Better yet, no one would have to rush to the bank to borrow money today if they didn’t need it for fear that money would run out or that a program deadline would expire a few months down the road.

This is not a silver-bullet solution; nothing is. But it certainly beats the relief programs that Congress always falls back on and that inevitably fail to deliver.

Veronique de Rugy is a Senior Research Fellow at the Mercatus Center at George Mason University and a nationally syndicated columnist. Her primary research interests include the US economy, the federal budget, homeland security, taxation, tax competition, and financial privacy.