The chart shows that private‐​sector membership has fallen steadily since the 1960s. Michael Saltsman notes that unions may gain the odd victory at a Starbucks location, but that is unlikely to change the overall trend. Meanwhile, the chart shows that the union share in the public sector remains high. I discuss some of the reasons why here.

The new data will be unwelcome to President Biden, who mistakenly seesunions as centrally important to the economy. He says that he wants to “provide workers with the choice to join a union and bargain collectively with their employers.” But private‐​sector workers are rejecting that option, even though unions need just bare majority votes to impose themselves on workplaces. 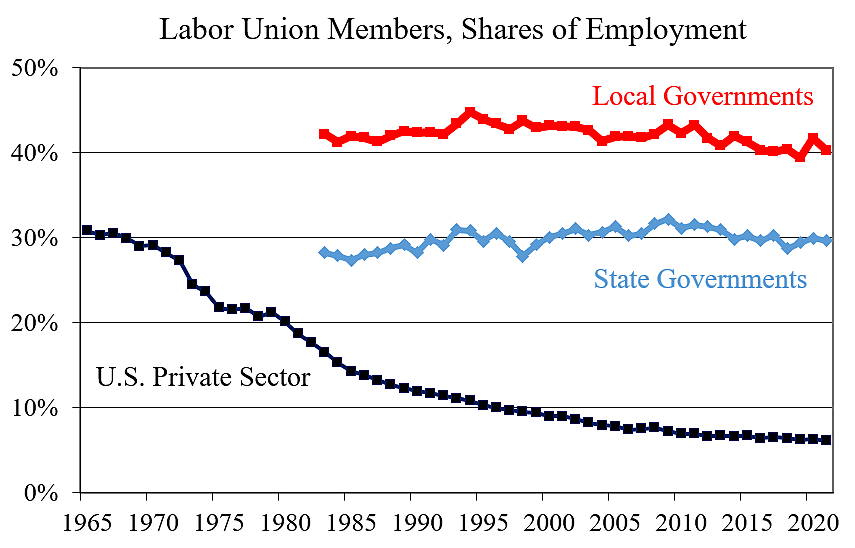