Finally, someone is taking an axe to the bloated federal budget!

Or maybe not. Under the Biden budget: 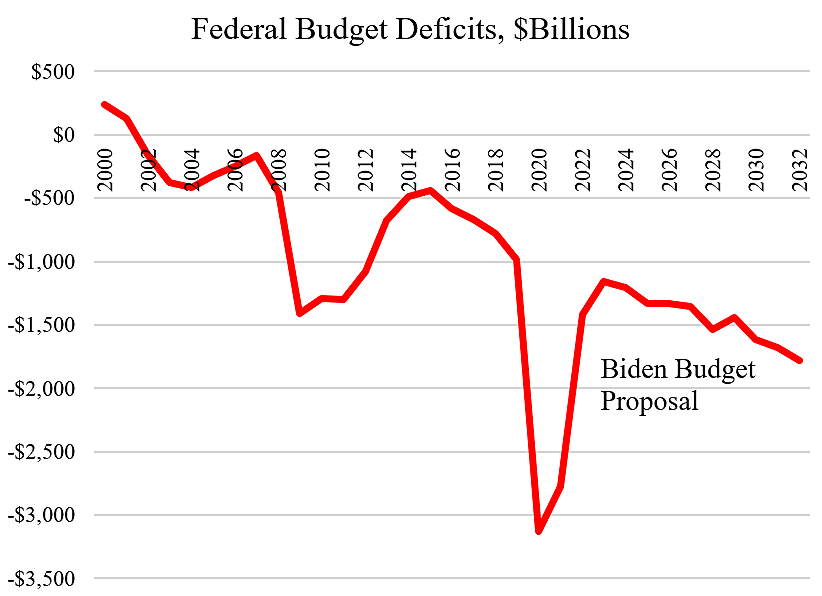