A CNN report says, “Making American cars greener is a key component of Biden’s economic and climate agendas… But the transition will be difficult; passenger vehicles contribute 29% of total US greenhouse gas emissions, and EVs and plug‐​in hybrids combined only account for around 2% of the US auto sales, according to a UAW analysis.”

Similar claims – that “passenger vehicles contribute 29% of total U.S. greenhouse gas emissions” – have been echoed repeatedly for a decade but are totally false. The entire transportation sector accounts for 29% of U.S. greenhouse gases, according to the Energy Information Agency. But Transportation includes airplanes, trains, buses, large trucks, and pipelines. 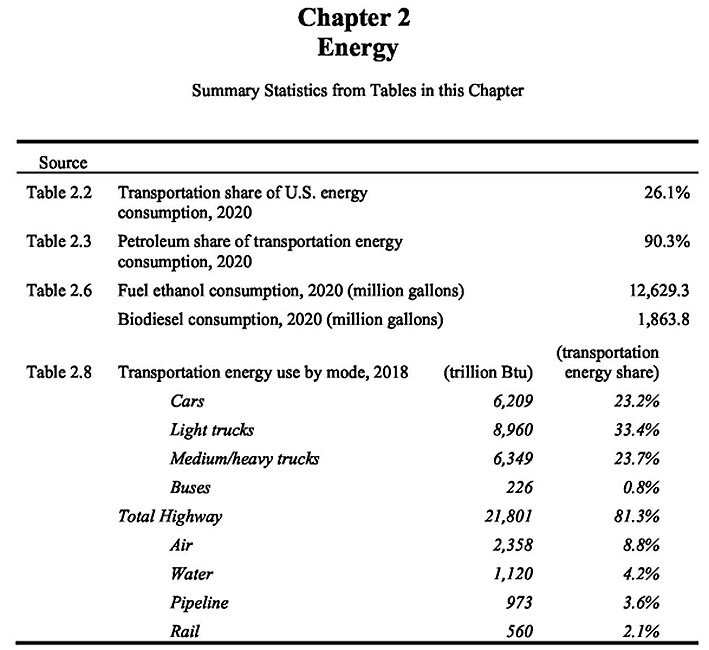 Confusing transportation with passenger cars is a familiar bait and switch trick long used to promote taxpayer subsidies for alternative fuels and vehicles. It was an old hoax back in 2012 when I labeled it “The Transportation Fallacy” in my chapter on “The Politics of Alternative Energy” in the Handbook of Oil Politics.

No politician or green lobby is proposing to destroy all passenger vehicles and allow no future sales. Instead, the pricey yet symbolic gestures proposed by President Biden merely promise to gradually replace 276 million registered U.S. vehicles at a glacial pace: A mere 1.5 million of the nation’s 276 million vehicles were electric by 2019, and the average non‐​electric vehicle lasts 11.6 years. Trying to dictate that half of future vehicles produced by EVs and hybrids does not tell us how many will be sold, even with fat rebates. Besides, new cars are a tiny fraction of the stock of older cars and trucks. Also, the assumed energy savings from substituting EVs for gasoline vehicles ignores the massive energy involved in manufacturing electric vehicles, and eventually recycling their batteries.

The real reasons we are deluged with so much costly lobbying and propagandizing for subsidizing electric cars are that politicians love to take credit for handing out generous subsidies and those expecting to receive those subsidies will gladly express their gratitude by handing out generous campaign contributions.

Those who claim to believe the childish fantasy that gradually replacing new cars and light trucks in this country with electric models could make any change whatsoever in worldwide average temperatures are either fooling themselves or they are trying to fool taxpayers. To illustrate such deception or self‐​deception, The Washington Post notes that “Biden called for spending $174 billion ‘to win the EV market,’ including a nationwide network of 500,000 chargers… as well as $100 billion of consumer rebates for electric vehicles.” More recently, the article adds, “29 members of the House signed on to a letter calling on Schumer and House Speaker Nancy Pelosi (D‐​Calif.) to ‘match or exceed’ Biden’s original $174 billion electric‐​vehicle proposal.” The previously mentioned CNN story also notes that “An amendment from Democratic Sen. Debbie Stabenow of Michigan would provide a base credit of $7,500 to help consumers purchase electric vehicles, an additional $2,500 credit for vehicles made in America and another $2,500 credit for vehicles made with union labor.”

Economist Alan Reynolds is a senior fellow at the Cato Institute and former vice president of the First National Bank of Chicago.