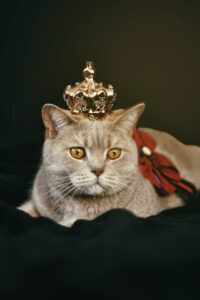 With antitrust reform front and center of American politics, it’s easy to ignore the global effort to rein in big tech companies. However, much like the United States, the United Kingdom has taken steps to reform its antitrust laws and enforcement agencies in a manner that codifies ‘big is bad’ and ignores the myriad of ways in which big tech companies can enhance consumer welfare.

While it might be tempting for U.S. lawmakers to follow the example set by their British counterparts, they should not use their proposals as a blueprint for future reform. Doing so would not only be catastrophic for British consumers but could also see the damage from these misguided policies manifest for American consumers.

Rather than blindly following Britain’s example, lawmakers in Washington must resist the temptation to do what is easy and instead craft their regulatory environment that doesn’t penalize companies for enhancing consumer welfare.

Over the past year, British lawmakers have designed and implemented an increasingly hostile regulatory environment for big tech. In May 2020, the U.K. Government created the Digital Market Unit (DMU) within the Competition and Markets Authority (CMA), the country’s top antitrust enforcement agency. The stated goal of the DMU is to “oversee a new regulatory regime for the most powerful digital firms, promoting greater competition and innovation in these markets and protecting consumers and businesses from unfair practices.” While the unit does not currently have any statutory authority, the government has committed to writing legislation that would give the DMU unprecedented power to regulate big tech.

Speaking back in February, Oliver Dowden, then Secretary for Digital, Culture, Media and Sport, warned big tech companies that the British government “won’t shy away” from crackdowns on big tech, further suggesting “nothing is off the table.”

British lawmakers seem poised to require the DMU to enforce a code of conduct on companies with strategic market status (SMS), those “with annual U.K. revenue in excess of £1 billion” and “have annual global revenue in excess of £25 billion.” Under this code of conduct, SMS firms would have to ensure “that users are treated fairly and can trade on reasonable commercial terms with SMS firms.” This likely means an outright ban on self-preferencing, even if self-preferencing means consumers benefit from higher quality goods at lower prices when compared to those offered by competitors.

One principal power British lawmakers seem likely to grant the DMU is the ability to investigate, suspend, or even reverse mergers involving SMS firms that it deems are anti-competitive, with a substantially lower standard of proof. Under current law, agencies can only prohibit or reverse mergers under “balance of probabilities,” meaning consumer harm is more likely than not. Under the new proposals, that would shift to the lower “realistic prospect” standard. This new standard would ultimately mean fewer mergers are approved, and consumers are less likely to bear the consumer welfare fruits of these mergers.

The DMU will be empowered to issue fines up to “up to 10% of global turnover” when companies have been found in breach “of the statutory code of conduct are deemed to cause serious harm.” While fines are an important part of any enforcement agency’s arsenal against anti-consumer behavior, fines of such magnitude can ultimately leave consumers worse off. Facing such a dramatic fine, tech companies will have fewer capital resources to invest in research and development that provides consumers with groundbreaking goods and services. More significantly, a fine of 10% of global turnover will mean most fines are entirely disproportionate to the alleged harm caused.

While these measures could inflict serious harm onto British consumers, there is also a genuine danger American lawmakers and antitrust enforcers will call for similar measures in the United States. For example, following the Competition Enforcers Summit earlier this year, both the Department of Justice’s Antitrust Division and Federal Trade Commission stated their “intent to strengthening collaboration and coordination with” CMA. Expressing a commitment for collaboration and coordination undoubtedly means Britain’s new regulatory blueprint could serve as a foundation for any future American antitrust reform.

Greater antitrust regulation seems like a political siren song, luring lawmakers into consumer destruction. Recognizing the substantial damage following Britain’s example could cause, American lawmakers and regulators must resist the temptation and, instead, craft a regulatory environment that allows big tech to continue enhancing consumer welfare. Failing to do so not only would spell potential disaster in Britain but also in the United States.

Edward Longe is a Policy Manager at the American Consumer Institute, a nonprofit educational and research organization. For more information about the Institute, visit www.TheAmericanConsumer.org or follow us on Twitter @ConsumerPal