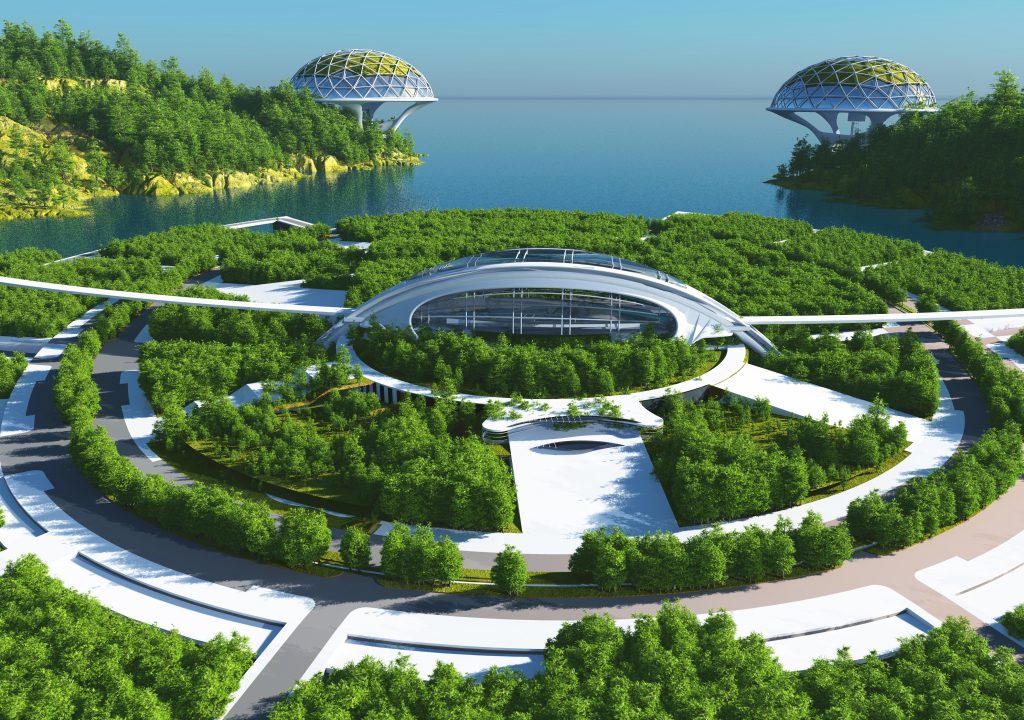 One thing that COVID-19 will probably change, even after the virus is no longer an immediate threat, is the number of home workers. This number is supposed to remain higher than it was before. Under duress, companies found out that many jobs can indeed be done remotely, saving employer and employee alike both time and money. The next logical question: if you can work from basically any place in the world, why shouldn’t you choose a place to live that best suits your personal preferences? If it is no longer necessary to move where the jobs are — we can move to places with the best governance.

Imagine you live in a state that taxes you heavily and constantly changes the rules while giving you no say what the taxes are used for. Instead, special interest groups get their way, often counter to the democratic will. Furthermore, let’s assume this state is infantilizing you by telling you how to speak, with whom to contract and on what terms. Sound familiar? You might not like it, and you are not alone. According to polls, 80% of the citizens in the US are dissatisfied with how they are governed — regardless which side is in power.

If there was a better option, you would go there — and the rise of mobile work gives us this flexibility. Of course there are other considerations, like culture, ancestry, language, religion, and the appeal of climate and landscape. However, in the end, many people will ultimately go where they are treated best.

It’s a monarch, of all people, who recognized this: namely Prince Hans-Adam II of Liechtenstein. In his groundbreaking book, “The State in the Third Millennium”, he states that in order to survive, the state must evolve from a demigod to a service provider.

Government as a service

It really is that easy — because government is actually just a service like any other service. You expect something from it, especially the protection of life, liberty and property, and you are willing to pay in exchange. You’re not pleased when services aren’t performed well, or if the service provider gets involved in all kind of other activities, which you have not mandated but for which you are expected to pay. And it gets worse: in most countries the relationship of the citizen to the government resembles somebody who wants to buy a car — but the car dealer insists that he will choose the model, the color, the size of the motor, the interior, as well as finally decide the price you have to pay for it. And you have no choice; you must buy. Not really an attractive deal, is it? But for most people, this exactly describes your relationship with your “government service provider”, the state you live in.

True in the real world it might seem like you have a lot of “car dealers” to choose from, namely nearly 200 countries. Unfortunately they are all basically of the same type, as they are all making all the important decisions for you. And even places that look good on paper have the power to change all the rules overnight to your disadvantage, be it through a leader, monarch or parliament.

In contrast, imagine a system in which a private company, the government service provider, offers you protection of life, liberty and property. This service includes internal and external security, a legal and regulatory framework, and independent dispute resolution. You pay a contractually fixed amount per year for these services, so there is a real social contract, not a fictional one. Beyond that, you take care of everything else by yourself, but you can also do as you please, limited only by the rights of others and the contractually agreed rules of coexistence.

The government service provider, as the operator of the community, cannot unilaterally change this “Civic Contract” with you at a later date. Disputes between you as “Contract Citizen” and the government service provider will be heard before independent arbitration tribunals, as is customary in international commercial law. If the operator ignores the arbitral awards or abuses its power in any other way, its customers leave and it goes bankrupt. Operators therefore have an economic risk and incentive to treat their customers well and in accordance with the contract.

This model is called a Free Private City.

The establishment of a Free Private City requires a contractual agreement with an existing state. In this agreement, the host nation grants the operating company the right to establish the Free Private City on a defined territory in accordance with the agreed conditions. But why should legacy states agree to this? As with all barter transactions, there is only one reason: their own interests. States can agree to surrender some of their powers for a given territory if they expect to reap even greater benefits from it. A win-win situation must therefore be created. Drawing on the history of special economic zones, the establishment of Free Private Cities in structurally weak areas not only increases the attractiveness of the surrounding region, but also creates jobs and investments there, which ultimately benefit the host state.

The unsolvable problem of politics

Why does it make sense to limit the “government services” to protection of life, liberty and property? Thomas Hobbes correctly recognized in his famous book Leviathan that a state monopoly on the use of force creates a peaceful order that ultimately benefits all inhabitants. Unfortunately, this advantage soon turns into its opposite if the state uses its monopoly of force to achieve goals that go beyond the enforcement and protection of peace. That is when the state begins to make politics and impose political goals — which are always only the goals of a certain group of citizens — on everyone else. In the end, this vision of politics means imposing one’s view of the world on all others. But people are different, and what is right for one person can be wrong for another. Subjectively different values and objectively different life situations cause any “political solution” to leave behind those who have been forced to do something against their will. To make politics means taking sides and making the wishes of one group the yardstick for everyone — by force, if necessary.

In such systems — and we’re living in them now — the victims of partisan politics are even more defenseless than they would be in Hobbes’ state of nature. The state’s monopoly of force is now directed against them and they must tolerate, for example, large portions of their income and assets being taken away and redistributed without recourse to self-defense. When the state monopoly of force becomes an instrument of politically motivated partiality, the original concept loses its power, and behind the façade of the peaceful state a perpetual — this time political — struggle of rival groups arises. Politics thus becomes an invisible civil war, whose lack of overt violence stems from the fact that the victims of state interference have no realistic chance of defending themselves. The peace achieved is illusory, based on the effective suppression of divergent interests. This is the real reason for the 80% dissatisfaction described above.

It is therefore counterproductive to give the state a power that goes beyond guaranteeing internal and external security. Once peace is established, the only legitimate governmental task is to ensure that citizens do not force their will upon others; the state itself may only use force to enforce this principle.

In contrast to this, in a Free Private City everyone is the Sovereign of Themselves who, by voluntary agreement, conclude a genuine contract with a more or less ordinary service provider, the Civic Contract. Both parties have the same formal rights and are therefore legally on an equal footing. The relationship between authority and subject is replaced by the relationship between customer and service provider. Unlike conventional systems, where the citizen is obliged to pay tax without having a corresponding right to benefits, in a Free Private City service and consideration are directly related. Both contracting parties are entitled to fulfillment of the contract, i.e. the operator can demand payment of the fixed contribution from the Contract Citizen, but no additional fees. In turn, the Contract Citizen can sue the operator for compliance with his contractual obligations, for example by ensuring security and a functioning system of private law. Who is currently in charge of the operating company, or to whom it belongs, is irrelevant for the functioning of the model.

A Free Private City is therefore not a utopia, but rather a business idea whose functional elements are already known (i.e. providing contracted services) and which need only be transferred to another sector, namely that of living together. Basically, as a service provider, the operator would only guarantee the framework within which the society could develop openly in the sense of a “spontaneous order” (F.A. von Hayek).

The function of competition

Competition is an extremely fruitful mechanism in human coexistence, because it serves simultaneously as a method of discovery, a quality filter and a means of disempowerment. Only by creating small units that try out new things can competition between systems be set in motion. After all, if citizens, that is to say customers, can easily migrate to the nearest supplier, then governments will also have to be careful what they do. The larger states are, the less this is the case.

While the mainstream assumes that ever larger entities such as the EU, and even a world government, are the inevitable course of events, the free market has long since decided otherwise. There are only about ten companies in the world with more than a million employees, and only one which has more than two million employees, namely Wal-Mart. Since this is an unplanned, natural outcome of competition, it seems that above a certain limit, economies of scale turn into disadvantages. Why should it be different for society, composed of local communities?

Free Private Cities will come. You can count on it. How can I be so sure? Because there is a demand, and it is growing by the day.

Titus Gebel is a German entrepreneur with a PhD in international law and an extensive worldwide network. Amongst others, he founded Frankfurt-listed mining company Deutsche Rohstoff AG, retired as their CEO in 2015 and emigrated with his family to Monaco. With Free Private Cities, he wants to create an entirely new product in the “market of living together”. If successful, it will fast-track knowledge and progress for humanity. Titus has written the book “Free Private Cities – Making Governments Compete For You”, where he is stating the theoretical and practical groundwork. At the same time he is working with his partners to make the first Free Private City a reality.