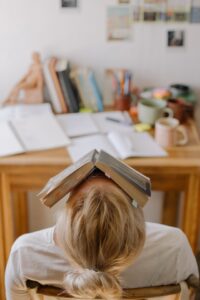 The student loans owed to the Federal government – over $1.6 trillion dollars and growing – are shown as assets on the government’s books.

The Government Accounting Office (GAO) did a deep dive into the recent actual Direct Loan repayment history at the request of Congress persons.

The purpose of the report,  released last month, is stated here:

Guess what? – the government has consistently over-estimated how much student loan debt would be repaid. As usual, the Department of Education estimates were not off just a little.

The GAO states only 39% of that is from the Covid forbearances. As if that were not enough, let’s examine some of the assumptions GAO used for the now adjusted estimates going forward.

“Consistent with prior GAO reports, each borrower is single with no dependents. As a result, our analysis did not take into account the effect of family formation on income or the relevant poverty threshold for that borrower.”

Just a wild guess here, but I think that not being single would mean the borrower would have less money available to repay student loans.

“A discount rate of 2 percent, based on the interest rate associated with 10-year Treasury Notes in calendar year 2022, rounded to the nearest digit.

In our baseline model, income growth is assumed to be 5 percent.”

Gee, I wonder if that interest rate will go higher than that?

Will our “transitory inflation” blow up that assumption?

Will income growth be 5%?

I say, for most student loan debtors, income will not grow enough to keep up with inflation.

Let us include some of the weasel response from the Department of Education.

“The Department is committed to ensuring that borrowers have access to fair and affordable repayment plans, including IDR plans. Research has indicated that borrowers who enroll in IDR plans see reduced rates of delinquency, and those plans have helped many borrowers to avoid default and increase repayments. We also recognize the unique circumstances of the pandemic, which have left families across the country facing unprecedented financial and health concerns. The payment pause has helped 42 million borrowers avoid default and delinquency during the national emergency and ensured that they could focus on their health. For the borrowers who were in repayment prior to the pause, the Department estimates that the average borrower will have saved $4,400 between January 2021 and August 2022.”

So they are bragging about costing the taxpayers more money.

As if a $4,400 reduction in student loan debt owed moves the needle for most borrowers.

It is easy to avoid default when the rules change so you have to pay little or nothing.

The Department continues to grossly misrepresents the overall health of the student loan portfolio.

The billions in rehabilitation that are listed as performing even though 80% of them are in default again within a year.

The cost of administering these boondoggle programs is  excluded from the cost estimates.

The Department has no publicly available breakdown of how much of its student loan debt is owed by those who are current, in rehabilitation, PSLF (Public Service Loan Forgiveness), income based repayment plans, and so on.

I believe most of the dollar amount is owed by the doctors and lawyers and engineers who can afford to repay all of their loans.

But that most of the borrowers are stuck with smaller amounts but way less income.

Many do not even have a degree.

Many continue to kick the can down the road by continuing to take classes, for which they incur more student loan debt, to postpone when the first repayments are due.

We have 5,000 janitors in America with graduate degrees.

The two main effects of this boondoggle have been to drastically increase the cost of college without any appreciation in its value and to impoverish hundreds of thousands of deceived borrowers.

The main damage is not the debt.

It is the impact on vulnerable young people.

The destruction wrought is the downstream effect of “college for all”.

We are wasting human effort by having young people forced into a square hole when they were built for a round hole.

It is about imposing “failure” on those who are most vulnerable and least capable of dealing with it.

The current system saddles them with unnecessary debt to teach them things they will never need or use.

The deprivation of opportunity is the worst result.

Self-actualization of those best at visual learning, working with tangible things, learning by doing, is lost.

Along the way we, society, lose the best of their potential as we force them to spend a year or two, or more, of their formative years, laboring in futility.

That loss of human development potential is even worse than the debt burden with which they are left.

The system has stifled marriage, family formation and capital accumulation in a quest for the Holy Grail of college for all, a “basic right” that will improve everyone’s life.

What else has to happen before we admit that government student loan lending programs have failed?

Kurt OKeefe is a  Michigan bankruptcy lawyer in private practice and a long-time political activist in term limits and other causes, currently the Legislative Liaison for Michigan Convention of States.