Would a Swiss “Debt Brake” Work for America? It’s Worth a Shot.

With U.S. debt held by the public approaching $24.4 trillion – more than $73,000 for every person in the country – some voters in Tuesday’s midterm elections might be wondering whether and when Congress will ever get serious about improving America’s fiscal health. The nation’s debt load is almost the size of our entire economic output per year (97.9 percent of gross domestic product, or GDP, in the fiscal year that just ended) and is projected by the Congressional Budget Office (CBO) to exceed the size of the economy by 2027.

Not every country in the world shares America’s penchant for adding debt to the taxpayers’ credit card year in and year out. U.S. debt to GDP is among the highest in the world, with economic peers like Canada, Australia, South Korea, and most of the European Union in better shape than us. 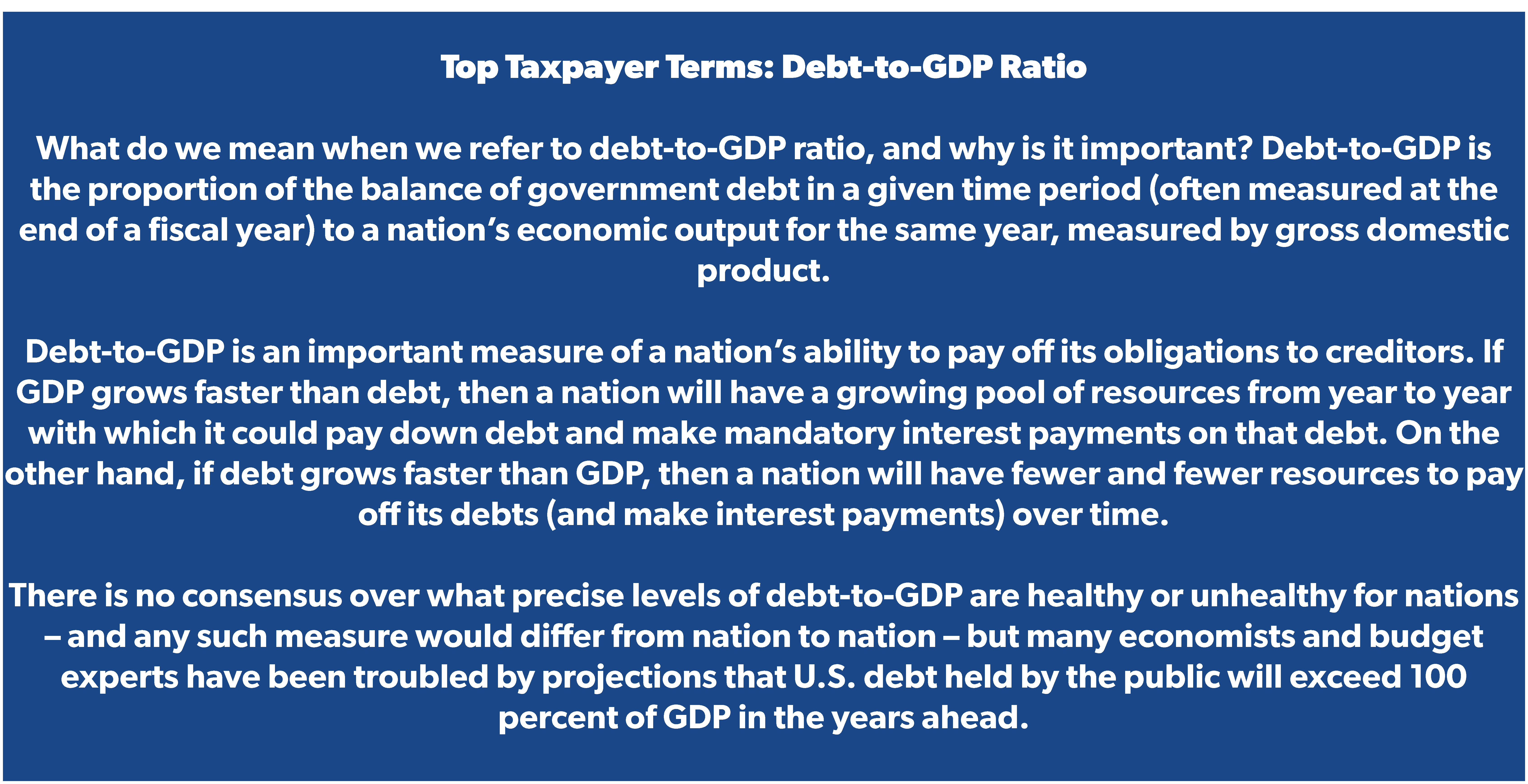 A key factor in Switzerland’s manageable debt load – which generally declined as a share of GDP from 2005 through 2019, even as other high-income nations significantly increased debt relative to GDP over the same time period – is the Swiss “debt brake” enshrined in the country’s constitution.

According to the Organisation for Economic Co-operation and Development (OECD), Switzerland’s debt brake was added to the Swiss constitution in December 2001. It establishes a spending ceiling for Switzerland’s federal government, and requires the federal budget to balance “over the business cycle.” What this means is that the Swiss government has some flexibility to run deficits during times of trouble (an economic recession, for example), but policymakers are responsible for reducing spending and restoring the budget to balance in the years after running a deficit. Certain types of emergency spending are given a reprieve from spending ceilings, but policymakers must still pay down deficit-financed emergency spending in future years.

A wide swath of Swiss voters, 85 percent, approved of the debt brake’s addition to the constitution. The Swiss government itself credits the debt brake for the country’s “excellent” fiscal position:

“With a debt ratio of less than 30%, Switzerland remains in excellent shape by international standards. The debt brake has also allowed for a considerable reduction in federal debt. As a result of the reduction in debt in recent years, significant amounts can be saved on interest expenditure each year, which creates the scope for investments and new important tasks.”

The government also notes that Switzerland’s “finances have not shown a structural deficit since 2006.” On the contrary, U.S. deficits from 2006 through 2019 (the fiscal year before the pandemic) averaged $755 billion per year, $10.570 trillion total, according to CBO. The average U.S. annual deficit over that 14-year period was 4.6 percent of GDP.

Would a Swiss debt brake work in the U.S.?

The two Members of Congress introduced the “Responsible Budget Targets Act” (RBTA) earlier this year, S. 4016 and H.R. 7420. The RBTA would limit government spending growth in future years to a “primary balance factor” that is based in large part on the nation’s annual GDP growth rate.

Like the Swiss debt brake, there are exceptions to annual spending ceilings in the RBTA for emergency spending, but emergency amounts must be paid for with reductions to future spending ceilings over the subsequent six years. This is a key provision in the legislation to guard against abuse of “emergency” spending designations, as we saw with the U.S. military’s Overseas Contingency Operations (OCO) account for years and with other types of spending.

The RBTA is not flawless, however. For example, it doesn’t include an enforcement mechanism as backstop to protect taxpayers if lawmakers fail to adhere to the spending ceilings. Enforcement efforts, such as across-the-board spending cuts known in the U.S. government as “sequestration,” are often politically unpopular, but can be effective in slowing spending growth.

The Responsible Budget Targets Act is a thoughtful proposal, though, and would represent a major step in the right direction for fiscally responsible budgeting at the federal level. It should be part of the conversation as lawmakers and the Biden administration discuss reducing federal debt and deficits in 2023 and beyond.